Whose building? tracing the politics of the Chinese government-funded parliament building in Lesotho 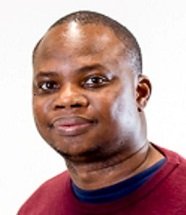 This academic has been verified by Acume

See Bio
Innocent is a Usawa Postdoctoral Research Fellow within the Politics Department’s political economy and infrastructure thematic cluster at SOAS. He specialises in the politics and political economy of intra-global South relations, in particular, the relations between China and African, Caribbean and Pacific States.
Ask a question

​​Contrary to what people say, the Chinese are engaged now in strengthening domestic political institutions in Africa. Something that is not talked about.

This research explored the Chinese construction of Lesotho’s parliament building, focusing on how it was done.

This research was part of my PhD, and I was interested in China’s engagement in Africa and the expanded global engagement of China too.

In 2008, the Chinese government funded the construction of the Lesotho parliament building, and it became Lesotho’s parliament in 2012. Current literature has stated that China is most interested in extracting resources in Africa. But Lesotho is a very small country, an enclave, inside South Africa, without much economic outlay – and so this narrative does not make sense in the case of Lesotho.

As parliaments historically stem from Westminster liberal traditions, it is interesting to think why is China, an essentially authoritarian state without reason to promote liberal institutions, is interested in constructing parliament buildings in other countries (for free) in the first place?

This research really aimed to explore two questions. First, what is in it for China to be constructing a parliament building for other nations and second, how are they doing this.

I look into the model of delivery (the way in which the building is constructed) and the multi layer agency within the African state. Because when you look at an African state, the narrative is that there is no agency and there is no push back – and I wanted to also examine this at a deeper level.

I found that China wanted to control the construction of the parliament building from design, to materials, to maintenance. Plans were put forward by the Lesotho government, but rather than supporting Lesotho to implement these plans, China deliberately set aside those plans and put in place their own design, materials and contractors (which are still being used to maintain the building 10 years later).
This research proposes that China is using the construction of parliaments as a way to project influence. Choosing to build parliament buildings is a way not just to cultivate relations with today's leaders, but also future leaders. This is seen through the extent to which they wanted to embed themselves into the building - because they could have simply given money to support the plan that was already in place. But controlling the process ensures that their usefulness does not stop after the construction is finished.
The West also projects its influence in Parliament, but they don't use brick and mortar. They instead they specialise in the capacity building of staff and parliamentarians through parliamentary strengthening programmes. So China is not doing anything dissimilar.
The Public Works department in Lesotho wanted to ensure compliance for public building construction, but because of the nature of the building project, if they tried to push back, they were told “this is a gift to the Prime Minister”, which legitimised bypassing their input. However, the debate chamber is in the shape of a mokorotlo, which is an iconic hat in Lesotho and a national symbol, and so it appears that the public works officials had some success influencing the design.

When such kinds of projects come, the Public Works officials who need to make these sorts of decisions, should be included to ensure their decisions are accounted for.
For similar projects, the model of delivery needs to be discussed from the onset. The first element is to negotiate the implementation agreement. It must include the involvement of technocrats from both sides - this includes technocrats who know public construction on the Lesotho (Public Works Department) side and technocrats who know from the Chinese side (from the Ministry of Commerce).
The recipient state needs to understand how to negotiate and what the hierarchy is for successful negotiation of the implementation agreement. At the very top is the Ministry of Commerce in China, who are funding this project, and then the second layer is the contractor who is appointed by the Ministry and then there is the local embassy. The power lies with the Ministry of Commerce, they are the ones who give the money and make the decisions. So the Public Works representative needs to have contact with the Ministry of Commerce - not the contractor or the embassy. Negotiations with the contractor and the embassy will not make a difference. The embassies are not even in that line of command, they are led by a completely different ministry.
Identifying all the details at the implementation level will prevent choices that are not suitable for that climate or culture. But needs to happen before the start of the project - or too late.
Rather than letting the Ministry of Commerce select a contractor, I would recommend that the recipient government would ask the ministry of commerce to share a shortlist of three contractors and then the final decision of the contractor lies with the recipient state, because that way it will also feel like the recipient state has been involved in the selection of the contractor. Because how it usually goes, the contractor does not see the recipient government as a key stakeholder.
Final recommendation is capacity building within the recipient state in terms of language. The contractors usually only speak in Mandarin, but because there was no capacity in Lesotho Public Works to speak in Mandarin, the communication was very challenging. There needs to be some capacity within Public Works and within the Prime Minister’s Office so that nothing is lost in translation and both parties can directly engage. What has happened in other countries, is the Chinese contractors bring the bills in Mandarin and the official just needs to stamp them.

Where one state gives aid (in this case China) and the other receives aid (Lesotho), sometimes the receiver of aid lacks agency. As this project was pitched at the highest office, this almost disassembled the agency of the government machinery. However, there was clearly some Lesotho influence in the final design, which shows that there is a multi-layered nature of African agents within African states.

There was also a disconnect between the Lesotho Foreign Office and the Public Works department. The Foreign Office was a lot less critical and more accommodating towards the Chinese than the Public Works team. Possibly because they know little about construction and the consequences of using Chinese material, and their main aim was to develop stronger relations with the Chinese.

Interestingly, over the past ten years, with every new government, the Prime Minister has become increasingly friendlier with the Chinese government. Even one that was initially critical, when he became Prime Minister, he appointed a Chinese national as his economic advisor. This signifies the importance for Lesotho to have stronger relations with a major power like China.

China has understood this change that Lesotho, along with other countries in the region, no longer are led by one power, and instead have a multi-party institution. This means that to assert influence, China must be strategic and assert itself in both the present and the future.

So the parliament provides this revolving door of political elites and having involvement there places China at an advantageous position. As China’s global stature increases, it knows it needs to build alliances and it cultivates relations by empowering these national political institutions.

After the Tiananmen Square Massacre in 1989, the West wanted to sanction China through using multilateral institutions such as the United Nations. At the time China was so deep in economic development and had neglected cultivating relations with African countries -who could provide the necessary numbers to forestall the West’s designs.

So after fear of being cut off, the Chinese government decided to re-engage with these countries. The idea of cultivating relations with African governments should also be seen in this same context – that China is doing this strategically to secure their position in the future.

China did not only want to donate a parliament building, but wanted to donate a parliament building of their choice. I refer to this as a “design loop” – which means that by China designing the building, it also embeds the Chinese into that building. Then because they designed it, they also were in control of how it was built – which materials it used and its specs. The materials chosen were Chinese materials.
And these materials look Chinese. One of the officials even said “this building looks like it came from somewhere and was transplanted into Lesotho”. And this is the parliament building, supposedly a symbol of Lesotho. of course there are some elements – such as the use of the Lesotho symbol, the mokorotlo.

The building also does not serve Lesotho weather. For example, the weather is very extreme. Extremely cold or extremely hot. And so in Lesotho, you do not tend to plaster buildings – because if you plaster, then the paint just peels off because of the climate of the weather. And this is what happened – because the design did not conform to the local conditions.

I did not speak with the Chinese contractors as those  on site were not willing to speak with me. But my objective of this study was not so much a why they do this, but how it is done.

Fake News and Freedom of the Media

Preventing Atrocities Among Pastoral Communities Through Disarmament: A Study of Karamoja Cluster, Horn of Africa 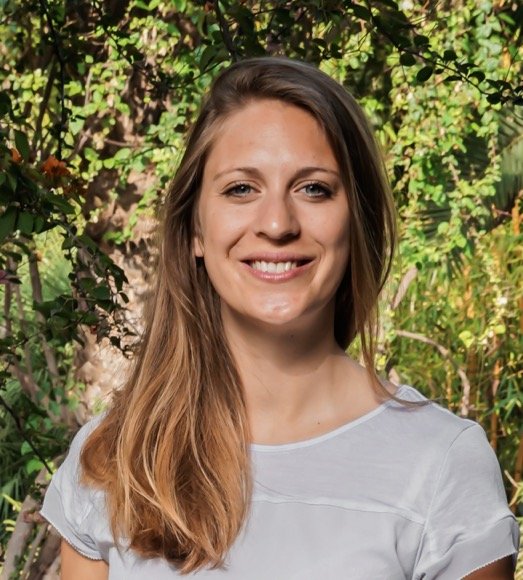