Using Satellite Data and Machine Learning to Study Conflict-Induced Environmental and Socioeconomic Destruction in Data-Poor Conflict Areas: The Case of the Rakhine Conflict

The idea behind this article was to apply new, digital technologies in order to study some of the least accessible places in the world, namely neighboring regions of Bangladesh and Myanmar. We studied changes over time in environmental, social and economic domains, and explored the causes of these changes (2012-2019). 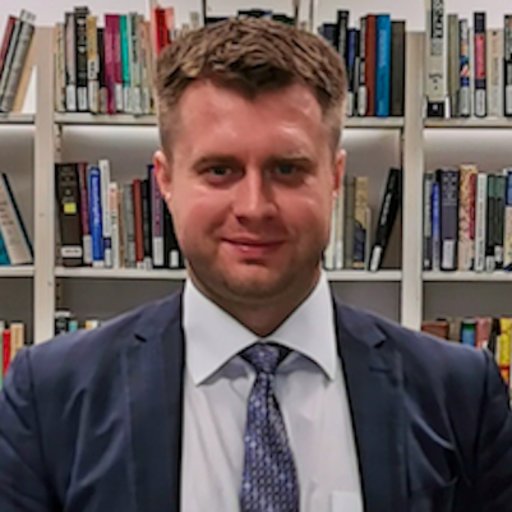 Roman Vakulchuk is a Senior Researcher at Norwegian Institute of International Affairs (NUPI) in Oslo, Norway. He is also Adjunct Professor and Researcher at Business School of Nord University in Norway, with a particular focus on scenario methodology. He is co-founder of Central Asian Development Institute.

The main takeaway is that the technologies we've used (data imagery and machine learning) really allow us to view the situation from many different angles, and allow us to have a clear picture of the overall dynamics.

The idea behind this article was to apply new, digital technologies in order to study some of the least accessible places in the world, namely neighboring regions of Bangladesh and Myanmar. We studied changes over time in environmental, social and economic domains, and explored the causes of these changes (2012-2019).

The purpose of this research was to find new ways to do research in areas that are difficult to reach, and therefore research with traditional methods such as interviews, survey, field work… In our case, we looked at regions where the Rakhine people are located. The Rakhine people are an ethnic group with whom the central government in Myanmar has had a series of conflicts and tensions, and what little we knew based on some individual accounts of people who had been there and some limited journalistic accounts. This was not enough to make reliable conclusions about what has been happening in the area, and we wanted to explore the change over time in environmental, social and economic domains.

This research has yielded a couple of findings:

First, we found that the methodology we used still needed to be developped, especially in terms of the kind of indicators that can be used to draw conclusions. Many indicators can be used to estimate the social, environmental and economic situations of the areas, and it is important to know which to use where (for instance, one can estimate the economic state of an area by looking at the state of roofs on houses). It is important that future research explores in more detail these indicators and finds new ones.

Second, we found that the economic, social and environmental situation has largely worsened. Our indicators showed that the range of household income is lower, that deforestation has strongly increased. What we concluded was that the main driver of these tendencies was the 2017 conflict, which has led to impoverishment, deforestation and an overall worsening of the situation in those regions.

We analyzed Google Data Storage imagery (high resolution satellite imagery of bordering areas between Myanmar and Bangladesh where Rakhine people live) with machine learning algorithms in order to assess the change over time (from 2012 to 2019) in terms of the environmental, economic and social state of the areas. We used a variety of indicators, from the quantity of trees to the state of roofs on houses.

Our research denotes very general dynamics , and we cannot explain specific developments like, for instance, why 5% of hospitals in the areas have different roofs. We can make general conclusions about large-scale developments, but our analysis cannot give us answers for more specific findings.

Another limitations is the fact that our research could be difficult to replicate or do on other areas, because obtaining the satellite imagery we used was expensive. Smaller-scale researchers will not have the

Women, war and austerity: IFIs and the construction of gendered economic insecurities in Ukraine