The Role of Local Economic Development and Environmental Health in the Emerging Funeral Home Sector in Mpumalanga, South Africa 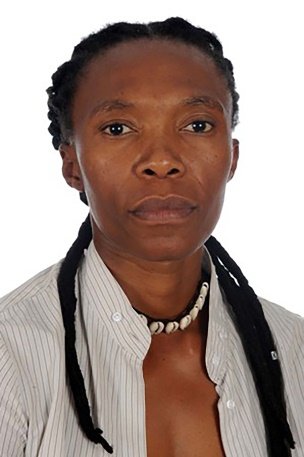 I am a senior Lecturer at the School of Economics of the University of Johannesburg. My current research focuses on the challenges of service provision in the townships.

The efforts of the different parts of the chain from undertaker, to environmentalist to local government are too disaggregated. There needs to be better coordination, because access to undertakers is very important for families when their close ones die.

Emerging undertakers have issues with complying with environmental prescripts when handling human remains. Noncompliance is very high and environmentalists have to shut down lots of undertakers. The problem with that is that undertakers provide a necessary services. They need help, because there are very few undertakers with sufficient storage to host lots of remains. When we look at the national development plan, one of the objectives is to support emerging businesses. Why is the business of human remains management not part of these emerging businesses. The purpose of this paper was to find out what was missing.

The most interesting finding was that there is a lack of coordination between undertakers, environmentalists and local government. Environmentalists issue warnings, but there is no other follow-up except shutting down the undertaker. Undertakers, after being found that they are non-compliant, they don’t know who to talk to. This creates an issue for the duties of the environmentalists, because if everyone starts opening funeral parlors, it can be dangerous for the environment. The local governments do not support the business of human remains.

The funeral directors have embarked on several strikes where one of the major grievances was that of not having a compliance certificate, though operational. Most of them are very small to run a mortuary because of the requirements. They end up outsourcing to established ones, where the certificate of compliance only belongs to the owner of the storage. When they have to collect human remains for their clients, in most cases they are not allowed, since they do not have the document.

They have opted that, the government should provide them with assistance to establish bulk storage, in order for the smaller ones to rent space.

They resorted into a three day strike, where no collection of human remains was allowed, from forensic, hospitals and homes. This strike had a potential of causing trauma.

Eventually the Department of Health listened, and in certain situations like collection of human remains for storage was not required. But this does not help the EHP who is supposed to inspect where the remains are stored.

This research was completed by conducting semi-structured, qualitative interviews of undertakers, environmentalists and local government officials.

The two provinces where the research was made are not a representative sample. The research is not very generalizable.

Maphela, B. (2021). The Role of Local Economic Development and Environmental Health in the Emerging Funeral Home Sector in Mpumalanaga, South Africa. African Journal of Development Studies, 11(4), 117-137