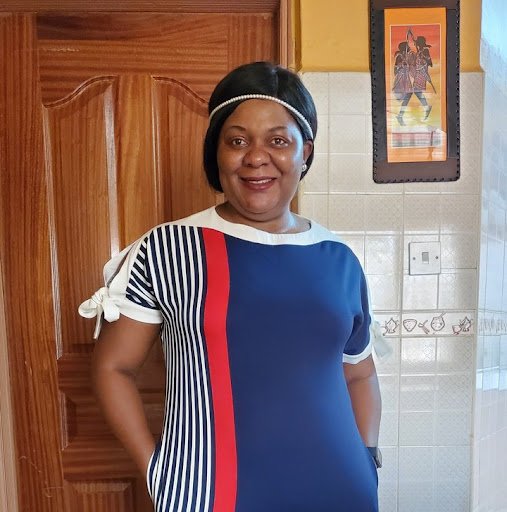 Gender and social inclusion expert, working towards a society where women not only have a voice but are able to change the situations for themselves and the society where they are.

Even though men make most of the decisions in relation to access to land and productive technologies, the increasing role of international organisations, especially those who push for gender equality and policies, have provided an avenue for women to be able to access these resources in the non-traditional sense.

When the government irrigation schemes were created, the idea was to redistribute land to individuals within and external to the community who could grow crops that would meet the food demands in the different communities and region amidst the changing climate. Having irrigation meant there was the supply of water to be able to farm more, and it was also an entry point where farmers could be provided with access to inputs, like fertiliser which were in most cases subsidised by the government. The good yields resulted in high productivity that could meet the food insecurity issues in the region.

However, when these irrigation schemes were created, thought was not given to how inclusive and gender responsive they were going to be. By giving land to those they took the irrigation land from and to those who were interested, in a community like Northern Ghana which is patriarchal, it was the men who got the land.

Later, when there were more interactions with international organisations and a demand for the place of women in agriculture, a gender policy and plan was developed. Irrigation officials in these areas and the farmer associations sat down and discussed how to get women to be part of the land which was considered government owned. In most cases this meant that women got land on the out skirt of the irrigation sites, or land around the irrigation sites which was not meant for farming. Only male heads of the house had access to the land, so women had to negotiate with the men to be able to have access not necessarily to land but crops as harvesters or buyers to generate income and meet their food provisioning roles. In Tamale, chiefs are the custodians of land, and traditionally men can access land not women, so women have to access or buy land through their male household members.

Another key finding was how women were able to negotiate access to resources and able to make income within the situation that they found themselves. In addition to the women who were given a piece of land on their husbands fields off irrigation sites to grow vegetables for the households, there were few women who grew vegetables on their husbands land on the irrigation sites. Other women who were not involved in the day-to-day activity of the land would harvest. If a women harvested from land that was not from their husband’s plot, the women would be paid with some of the crops she harvested and could sell that for income. This was another way of providing food for their family and getting income for other household needs without necessarily having a plot of land. Some women who couldn’t have access to the irrigation sites, would also grow vegetables at the edge of the husband’s plot that are out of the irrigation sites. However, these were dependent on climatic conditions that could not be controlled.

Women were also very much the ‘market queens’ and the ‘middlemen’. Men would not sell crops from the irrigation sites in the market, instead women would buy the vegetables and sell them in the market. Interestingly, a man’s wife would not be the one buying his vegetables, instead it would be a woman that is related to him or completely out of the family circle. There were many reasons for this: the man would not want the woman to know exactly what he’s making, and it led to a very clever tracker system of who is in charge and who makes decisions on certain things. However, the advantage was that women were able to really negotiate within the market.

It was ethnographic work. The study took place from 2013 to 2015. Used qualitative methods, including separate focus group discussions for men and women, key informant interviews with irrigation officers and chair people of the different groups. Informal discussions took place after the focus group discussions to validate the information. Also worked with experts in the project to quantify whether agricultural land in the urban areas were increasing or not, and to carry out a sustainability analysis on open agriculture.

Rural Piped-Water Enterprises in Cambodia: A Pathway to Women’s Empowerment?