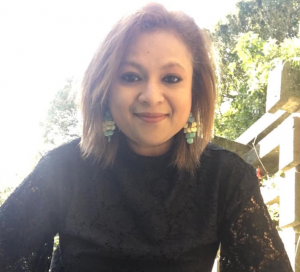 research at a glance

Silence and Silencing of Women: The Case of Trafficked Women

Trafficked women are entitled to self-respect, human rights and dignity. They should be treated like any other person and are capable of exercising their own agency

This research also provides an analysis on how silence has been used as a tool to control trafficked women. It demonstrates how traffickers and state institutions control women by dismissing their voice, or by depriving them from exercising their agency. In this respect, women who are vocal and verbalise their opinions are categorised as defiant and need to be controlled. Such beliefs stem from patriarchal influences that have been normalised and are deeply embedded in social structures, cultures, religions and social practices.

In view of understanding the nuances of harms experienced by trafficked women, this research builds upon the agency theory which discusses how silencing is used by male-dominated structures to deny women’s agency and marginalise women. It aims to understand the harms of trafficking and the methods used by traffickers to control women.

Based on these objectives, semi-structured interviews were conducted in a government-run shelter home in Kuala Lumpur, Malaysia, over a period of four weeks (mid-April to mid-May 2016). Throughout this period, 29 trafficked female migrants comprising seven different nationalities were interviewed. The study also interviewed 12 professionals that mainly consist of government officials to understand the implementation of the victim-protection policies.

By providing an insight into women’s trafficking experiences, this research discovers the nuances and commonalities of women’s migration and trafficking experiences and exposes how the notion of ‘protection’ is used as a euphemism for state control. The findings of the study demonstrate how silencing is used as a strategy to minimise harm and how women are silenced through language barriers.

1. There need to be a political will to implement changes. In this respect funding would be a main issue to be dealt with. Nevertheless, the allocation of funds for this purposes need to be prioritised. Victims need to be treated with respect and dignity. Their should not be deprived of their rights. The changes to be made need to reflect the will to improve the human rights and welfare of the women as the whole outer framework is problematic.

2. The women who are rescued should have a choice to choose if they want to sheltered by the government or otherwise.

3. Many of the rescues that takes places occur during trafficking raids. Such form of raids traumatises women. Therefore, strategies need to be devised to ensure victims do not feel traumatised by the practices of enforcement officers.

4. The act of rescue should follow certain procedures and conducted in a more humane and compassionate way which shows that a victim is being rescued rather than arrested. At present such practices appears to undermine any productive relationship or collaboration with the police.

5. Women need to be rescued from trafficking in a more humane way. Perhaps with the involvement of NGOs with a medical or psychological background that can play a caring role.

6. Victims need to be respected at all times. The police sometimes allow media personnels to witness the raids and capture the raids on cameras and recorders. Those recordings are eventually aired or published in the media. Such acts exposes and humiliates them. The suspect traffickers on the other hand are being shielded from any media coverage in view of respecting their right to a free trial. Such caution should also be exercised on victims.

This research was based on migrant women who have been trafficked to Malaysia for the purpose of sexual exploitation.

The situation faced in Malaysia bears a similar resemblance to the situation in Cambodia. Here a video was produced that entitled ‘sex workers don’t cry’. The video demonstrates the plight of sex workers who are regularly being disrupted by police raids and labelled as victims when they do not feel victimised. The sex workers association argue that the repeated raids are aimed to get and sustain funding from stakeholders.

This research is very useful for human trafficking advocates and relevant NGOs around the globe – particularly for enforcement officers, sex workers groups, NGOs and sex workers themselves.

The study was conducted using semi-structured interviews with 29 trafficked women held in a shelter home for trafficked women, known as Rumah Perlindungan 5 in Kuala Lumpur. The interviews were held over a period of four weeks (15 April to 15 May 2016) and ethics approval was obtained from Victoria University, New Zealand to conduct this study. The participants originated from Vietnam, Thailand, Indonesia, Laos and Myanmar, Bangladesh and Nigeria and were from different age groups ranging from 18 to 44 years old and were rescued from massage parlours, brothels, entertainment centres and private dwellings throughout Peninsular Malaysia.

Victimisation – this was defined by whether the women identified themselves as victims.

Agency – there is an idea that these women lack agency, but many trafficked women have made purposeful and informed decisions, which means they are still capable of exercising their agency despite the limited constraints. And so agency in this context is a decision to minimise harm. For example, they may not wish to leave their children behind to migrate to another country and work in a massage parlour, but the only way to minimise economic harm would be to work abroad and make money.