Sexuality as a Standard of Civilization: Historicizing (Homo)Colonial Intersections of Race, Gender, and Class 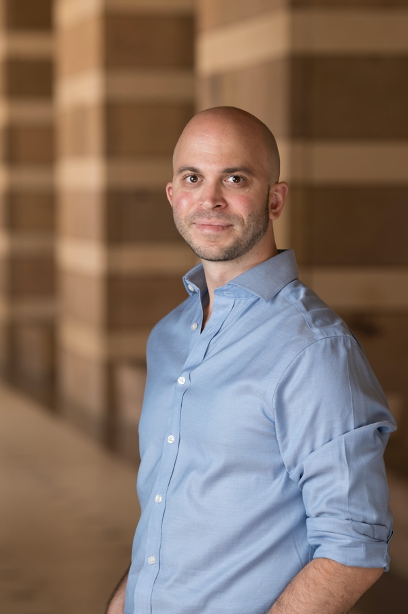 About Academic
Dr Andrew Delatolla is a Lecturer in Middle Eastern Studies at the University of Leeds, a Visiting Research Fellow at the Middle East Centre at the London School of Economics and Political Science, and the current Chair of the LGBTQA+ Caucus of the International Studies Association.
About Research
Year of research: 2020
Political Science
Qualitative
Published in: International Studies Quarterly

It is important to acknowledge the colonial dimension of the governance of (homo)sexuality. By doing so, practitioners gain a nuanced understanding of LGBTQ+ communities in the global south and they avoid perpetuating the harmful binary understanding of the world as consisting of 'civilised' and 'uncivilised' peoples o

The article makes three interrelated arguments: first, that contemporary politics and governance of sexuality (homosexuality in particular) is embedded in a historical standard of civilisation; second, that sexuality as a standard of civilisation has been produced in relation to global power dynamics; third, that these dynamics continue to intersect, with gender, race, and class in different ways.

Laws established during European colonisation (heterocolonialism) are targeted by Western states and Western-led organisations with the aim to liberate the LGBTQ+ community, a form of homocolonialism. Two examples feature in this summary.

HRW (2017) uses the benchmark of marriage equality to reflect the geographic division between states with and without LGBTQ+ rights. In doing so, it separates civilised from uncivilised societies, thus engaged in a homonormative production of LGBTQ+ rights. Critically, it foregoes a deeper analysis of existing queer communities that are engaged in politics and society in regions where marriage equality does not exist. HRW ignores the depths to which marriage rights are accepted or rejected within these societies and, additionally, reproduces the divided world by perpetuating the construction of the non-West as savage or barbaric.

Similarly, a 2019 United Nations OHCHR publication discusses limited legal protections for LGBTQ+ communities within the global south. In outlining the violence faced in these geographies, it fails to examine the continuation of violence against LGBTQ+ communities in the West, despite legal protections. By ignoring violence that occurs in the West, the separation between the civilised West and the uncivilised “other” becomes evident, reproduced, and fortified.

This research was based on research in the Middle East, North Africa and Europe/North America

This research can be used as a way to reflect on initiatives that seek to discuss or take action with regards to LGBTQ+ rights in the majority world.

These conclusions were based on a triangulation of historical documents, ethnographic research, interviews and field work

Continued research needs to be done on solidarity between anti-colonial LGBTQ+ rights.

Delatolla, A. (2020). Sexuality as a Standard of Civilization: Historicizing (Homo)Colonial Intersections of Race, Gender, and Class. International Studies Quarterly, 64(1), 148-158.

About Academic
Dr Andrew Delatolla is a Lecturer in Middle Eastern Studies at the University of Leeds, a Visiting Research Fellow at the Middle East Centre at the London School of Economics and Political Science, and the current Chair of the LGBTQA+ Caucus of the International Studies Association.
Connect with Andrew
Email Academic