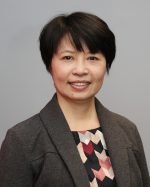 I am a broadly trained human-environment geographer and international development practioner/environmental activist with more than two decades of applied research experience.

Focusing on the transformation of livelihoods after the creation of the rubber plantation in the Northern Uplands of Vietnam, this research analyses the gendered impact specifically.

Interestingly the impact on men and women was extremely different. Women’s role changed. Did not bind themselves with just domestic work which went against traditional practices. Often they started their own businesses or took up paid labour elsewhere.

A number of men often turned to drug and alcohol abuse, had overwhelming feelings of uselessness. Slipped further and further down society.

Divorce although being viewed as having positive connotations, related to increasing women’s rights, often were experienced negatively in the village. Prior to the rubber plantation, divorces were extremely rare, after the plantation many felt they had to divorce their husbands due to their anti-social behaviour.

The findings from this research would be applicable to different rubber plantations, palm oil, soy bean plantations etc, especially across China, India, and other countries in which land consolidation/land grab is taking place. Plus any project which involves a transition from self-employment/land ownership to paid labour or government led development/modernisation projects which have private company involvement.

Very regional specific; entirely focused on those people, their education level, culture and traditions. Results may be different elsewhere.