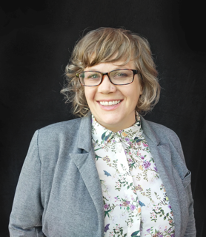 About Academic
Making queer interventions to include LGBTQA people as a part of gender work in peace and security initiatives.
American
About Research
Year of research: 2016
International Relations
Qualitative
Published in: International Affairs

After 20 years of advocacy and policy action related to the Women, Peace and Security (WPS) architecture, the continued silence about homophobic and transphobic violence targeting lesbian, gay, bisexual, transgender and queer (LGBTQ) individuals in conflict-related environments is alarming.

Those vulnerable to insecurity and violence because of their sexual orientation or gender identity remain largely neglected by the international peace and security community. This neglect is in part the result of heteronormative assumptions in the framing of the WPS agenda. The goal of this article and ongoing research agenda is not only to point out this silence but also to propose ways in which a queer security analysis can address and redress these silences in policy through paying attention to the damaging role heteronormativity and cisprivilege play in sustaining the current gap in analysis of gendered violence.

A queer theory analysis reveals a wide spectrum of identities that do not fit neatly into a binary conception of gender restricted to exclusive categories of male/female or man/woman. This article reviews the policy implications of excluding sexual and gender-based violence (SGBV) against LGBTQ individuals from policy implementation and NGO monitoring of the WPS agenda.

Because LGBTQ individuals are under constant threat in many places, viewing the shifts in insecurity for this population in conflict-related environments through a gender lens offers a significant contribution to how policy-makers understand human security more broadly. Understanding what drives violence against individuals marginalized for their sexual orientation and gender identity will also shed light on the larger question of how SGBV operates in conflict

NGOs should be wary of cissexism and heteronormative assumptions in their crucial monitoring work on the implementation of the WPS documents. One way to address this would be to invite LGBTQ organizations to the table to help develop indicators in a way that also captures homophobic and transphobic violence, in order to meet the security needs of all of those most vulnerable to SGBV.

These conclusions were based on a discourses analysis of the UN Security Council Women, Peace and Security (WPS) resolutions and WPS implementation documents.

About Academic
Making queer interventions to include LGBTQA people as a part of gender work in peace and security initiatives.
American
Connect with Jamie
Email Academic
Find Full Paper