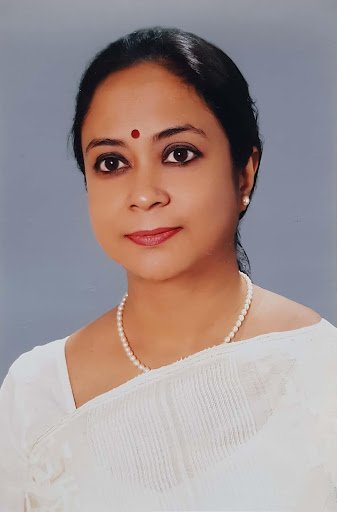 This research examines the nature of protests of the so-called docile women RMG (ready-made garment) workers in Bangladesh- their achievements and drawbacks in the ways of claiming labour rights.

The principal purpose of this research is to showcase the achievements and drawbacks of the wage struggles of women RMG (ready-made garments) workers in Bangladesh.

Workers continuous protests against factory owners have triggered the Government wage board to set a minimum wage rate for different grades of workers.
However, as many of these women focus on their own families, collective action against powerful actors has not taken place.

The outcomes of labour protests portrayed in this study will be helpful to the trade union leaders and human rights advocates to envision strategies for ensuring women's effective participation in labour rights activism.
The stated narratives justify RMG workers' need for a living wage, timely payment, and modification of rapid hiring and firing policies. These are significant to reform the labour laws and industrial policies in Bangladesh.
There is a big need for intergovernmental negotiations and the move of international organisations (e.g. WTO) to reform the global trade rules.
The above will be helpful to mitigate labour unrest and promote the sustainability of the global apparel and textile industry.
These study findings could be used to inform the Government policymakers of Bangladesh (under the Ministry of Labour and Employment), who are primarily responsible for regulating labour laws and recommending changes to the wage structures and working conditions of the workers.
This study may also guide the global brands (e.g. H&M, Benetton, Best Seller, C&A, Inditex, Marks & Spencer, Mango, Matalan, Next, PUMA, PVH, Primark) to follow a standard ethical sourcing framework while doing business with local manufacturers. Consideration of moral values may inspire both stakeholders to recognise the workers as equal partners and provide them with fair wages, decent benefits and compensation packages. Responsible management will undoubtedly boost the workers' productivity.
The findings can guide the labour rights activists to strengthen trade union activities within factories to abolish the orthodox labour exploitation practices. The study reflects the basic tenets of the ILO's decent work agenda, which sum up people's aspirations in their working lives. Like the ILO and IFC's Better Work Programme, it emphasises bringing together diverse groups (brands and retailers, governments, factory owners, workers and labour rights leaders) to improve working conditions in the RMG factories and make the sector sustainable and more competitive.

This Journal Article was part of a collaborative effort

This study shows how the so-called ‘timid’ factory workers express their choices and strengths in wage negotiation, how much change they have brought about, and what are their constraints for gaining more desirable outcomes.

Findings of this research convey that the workers have strongly been claiming a fair wage from the beginning of this industry. Over the decades, they have strengthened their leadership capacities by participating in ‘informal’ trade unions and extending networks among national and international labour rights advocates.

Their continuous protests against factory owners have triggered the Government wage board to set a minimum wage rate for different grades of workers.

Simultaneously, while demanding a fair wage, women have represented themselves as ‘peaceful’ protesters having primary concern about their ‘family’ survival. Therefore, a culture of inaction prevails, contributing to the workers’ inertia to collectively fight against the powerful actors.

As a result, the workers fail to achieve broader labour rights, and the global RMG industry benefits by exploiting cheap labour and suppressing workers’ voice and unionised actions.

The insights drawn from this study may assist in ensuring justice for the workers in the RMG sector, raising their productivity and quality of life.

Preliminary ideas for this research emerged from the personal interest that developed over the years, observing several protests of the RMG workers. For gaining an in-depth understanding of their problems, the research was designed following qualitative methodology.

We collected primary data through 20 in-depth interviews with the RMG workers employed in the industry during the field survey. Twelve women workers (six from large compliant and six from small non-compliant factories) were interviewed following the snowball sampling method. In addition, eight Key informant interviews (KII) were conducted.

However, it’s important to remember this was is small-scale exploratory research. The findings mirror the perspectives of a few workers and limited stakeholders. Further research is required to investigate the complex labour rights issue in the RMG industry, including the actors (e.g., global buyers) who operate behind the scene.

According to the Nobel laureate economist Amartya Sen, human agency is the ability to set and pursue one's own goals and interests. It is the key to social change.

According to Michel Foucault, power is circular and in constant flux, allowing it to be exercised through bottom-up practices. Thus, power can be conceptualised as not something emanating just from the top but as something that proliferates continuously, which provides scope and possibility for action and resistance of those assumed to be powerless.
Find Full Paper

Whose building? tracing the politics of the Chinese government-funded parliament building in Lesotho

Women, war and austerity: IFIs and the construction of gendered economic insecurities in Ukraine