Large-scale land acquisitions aggravate the feminization of poverty: findings from a case study in Mozambique 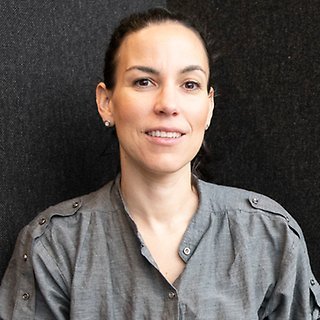 Large-scale land acquisitions threaten smallholders' livelihoods. LSLAs have a stronger negative effect on the livelihoods of those with less access to off-farm income, i.e. often the women.

There are 952 documented LSLAs concluded since the early 2000s, comprising an area of approximately 7,8 million hectares (See https://landmatrix.org/). The findings here may be relevant for contexts of strong economic insecurity and where smallholder farming is critical for livelihoods, particularly women’s livelihoods.

Farmers are rarely relying only on farming. They rely on a range of on-farm and off-farm livelihood activities.

Households headed by women comprise a significant group in rural areas and are often more vulnerable than others.

Investors are often attracted to the best soils and areas which are often already being used by local farmers.

The legislation in Mozambique states that 1) all land belongs to the State; 2) customary rights are recognized; 3) it is possible for investors to obtain from the government the right to use land (in practice a land-use permit of 50 years that may be renewed); 4) when the land targeted by investors is already in use by communities, to obtain a this permit (also known as DUAT) from the government, investors must first secure communities’ consent in community consultations.

The legislation is however weakly enforced. Community consultations sometimes do not happen. When they do happen, they are pervaded by challenges derived from power asymmetries. The absence of free, prior, and informed community consent in these processes is what justify large-scale land acquisitions being called land grabs.

Large-scale land acquisitions lead to land becoming less available, particularly the most productive soils, depriving both male- and female-headed households of quantity and quality of land.

Although worse farming conditions negatively affect all households, they have a stronger negative effect on the livelihoods of those with less access to off-farm income sources (i.e., women). This leads to the increase in the relative importance of male-dominated activities and thus male-derived income, reinforcing thereby the feminization of poverty.

Fieldwork in the middle of 2013 and the middle of 2017, which examined a large-scale land acquisition that began late in 2012 in the Lower Limpopo Valley, Mozambique. Interviews were analyzed quantitatively and qualitatively.

Using Satellite Data and Machine Learning to Study Conflict-Induced Environmental and Socioeconomic Destruction in Data-Poor Conflict Areas: The Case of the Rakhine Conflict

“I see myself really as a public health activist”: A critical analysis of young people’s voices in the National Health Insurance policy submissions.