“I see myself really as a public health activist”: A critical analysis of young people’s voices in the National Health Insurance policy submissions. 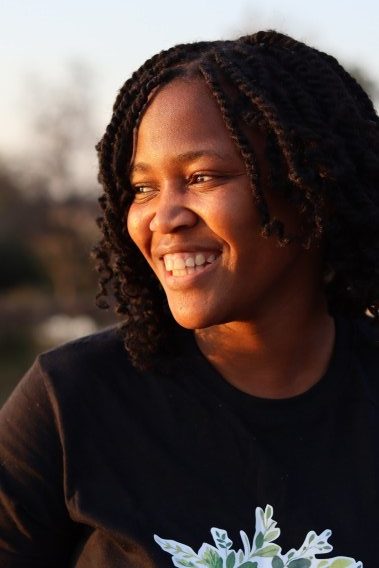 Because the healthcare policy talks about young people's future, they should be included, listened to and encouraged to participate. If they are not allowed to do so, thet will turn to other, less savory, methods of participation and there will be revolts

This paper is an inquiry on the reflections and feelings of young people who were participating in the elaboration of a new healthcare policy (the NHI) in South Africa.

In South Africa, when a policy is being tabled in Parliament, there can be multiple drafts of the policy sent out for public commentary and participation. This is the case with the National Health Insurance policy, which has being discussed and drafted since 2012. I was interested in looking at the ways in which the youth was participating in this process, and to interrogate their feelings and reflections on their participatory actions.

The paper explores the expanded application of the Nancy Tuana’s systemic silencing idea as relevant to young people, as such the paper is an example of how to apply relevant theories to different but appropriate situations.

This contribution is based of a case study unpacking the participation of young people in public policy making and strengthening in South Africa, with specific reference to the NHI commentary process.

To this end, the case study assessed key texts and informants involved in qualitative in-depth interviews with a majority of the 20 contributors to the Young People’s Recommendations (YPR) on South Africa’s NHI White Paper.  Triangulating between these sources and other key texts and accounts, the study unveiled the important influences behind the quality and extent of youth participation in public policy.

Young people comprise a large majority of the population in South Africa especially and this group comprises of various age groups that can be included in policy formulation and development in various degrees.
The delay in inclusive democratic processes and efforts that include young people as key players in policy development and commentary will lead to revolt and resistance against these policies at most and a lack of continuity in these policies that did not have meaningful input from young people at their inception.
Any policies that speak to the lives and futures of young people need to include them as primary stakeholders, as stated in various policy instruments.
The participants reflected on their challenges and provide great advice, step by step, for how young people can tackle having their voices heard and contributing meaningfully to policy and social change.

Young people should be included in policy formulation and ammendments so that participatory democracy is achieved in full. Policies that influence young people and especially those that are supposed to help them, should not be passed without young people with the capacity being included in the development of those policies.
We need to get rid of biases concerning young people, to stop lumping them all in one category and viewing them as lazy, despondent about their future and passive about their realities.
Systemic silencing is a real and violent concept that threatens individuals and marginalised groups in society. If not addressed, these sidelined members of society will reject and revolt against the change sought by policy makers.
Many countries are working towards Universal Health Coverage. This paper could also assist policy makers to be aware of shortfalls in the process, especially where the inclusion of marginalised members of society, including young people, are involved.

Young people in Africa and abroad are perceived as complacent and lacking initiative, they are seen as incompetent and despondent about their future(s). The first finding is that this is untrue. The respondents I interviewed sought to participate, but faced challenges which did not deter them from making one of the only publicly accessible comments on the NHI white paper representing youth interests  . This was the case because the organizations they were part of preferred sending senior members to deliberation rather than youth members, but also because, even if they were sometimes invited, they were invited only as lip service. They were tokenized, and people would give them very little attention and opportunity to contribute effectively to social change and health policy.

I leaned on feminist research in exploring the concept of systemic silencing which provides the foundation for an expanded application of feminism as a tool to oppress young men, women and youth who count as marginalised members of society and policy deliberation.

The second finding was that, when young people involve themselves in these processes, they are not taken seriously. There are perceptions and biases concerning young people that led to them not being taken seriously when trying to participate. No one is interested in hearing the youth because they think young people are inexperienced. As a result, my respondents felt that their voices were never heard, even though many of them were experts in their relevant fields.

The last finding was that the term youth is misleading and inconsistent. It includes people from ages 12 to 35, which means there can be a huge age gap between members of “the youth”. A 12 year old and a 30 year old trying to participate is not the same thing.

The main conclusion was that these perceptions of young people and youth are counterproductive, and they prevent them from participating. Because this policy talks about their future, young people should be included, listened to and encouraged to participate. We need to recognize that young people have different capabilities and that binary categories of young and old do not reflect reality accurately. This is very important because, if young people are not allowed to participate, there will be a rejection of the policies implemented for them. They will turn to other, less savory, methods of participation and there will be revolts.

I conducted semi-structure interviews with 11 participants, who were part of a youth wing of a health organisation.

The main limitation is that the attempts at participating for the respondents dated 1-2 years backs, which meant there could be recollection bias in their memories.

Societal constitutionalism is a critical theory which asks the researcher to explore participation, beyond governmental parameters, to the societal; with an emphasis on the role of the participants and their understanding of their participation (Sciulli, 1992; Teubner, 2012).

Systemic silencing is a critical theory which asks the researcher to explore participation, beyond governmental parameters, to the societal; with an emphasis on the role of the participants and their understanding of their participation (Sciulli, 1992; Teubner, 2012).

Participatory Democracy is a critical theory which asks the researcher to explore participation, beyond governmental parameters, to the societal; with an emphasis on the role of the participants and their understanding of their participation (Sciulli, 1992; Teubner, 2012).
Find Full Paper