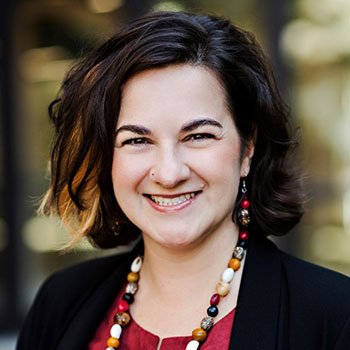 This article provides a gender analysis of how transnational families of Honduran migrants in Alexandria, Virginia USA and Nacaome, Valle, Honduras. It identifies gender dimensions, such as gender motives for migration, reproductive labour, empowerment of women, and intra-familial power negotiations.

This article explores the gender issues in the context of the transfer of remittances from Honduran immigrants in Alexandria, Virginia USA to their family members in Nacaome, Valle. This gendered analysis is required to understand the potential of migrant remittances to effect change and development in Honduras.

The major drivers of women’s migration from Honduras to the USA were gender inequalities that stem from structural forms of inequality, such as labour market discrimination, in Honduras, coupled with the neoliberal restructuring of the Honduran economy. Additionally, they migrate due to economic needs that derive from structural gender inequalities within families, such as divorce, domestic violence, spousal abandonment, and families’ control over young women’s mobility.

The functioning of transnational families is largely dependent on the reproductive labour of women in Honduras who take care of both the children and migrants’ ageing parents left behind. However, the remittances-for-development model does not take into account the impact of migration on these women left behind, ignoring care as an element of development.
Although all the women found jobs in Alexandria, there were gender inequalities in the US immigrant labour market, with men getting well-paid jobs and women’s jobs being poorly paid. However, despite women receiving lower wages they still tended to remit a greater percentage of their monthly earnings than their male counterparts.

Although the remitter appears to retain the ultimate control over remittances (could decide to stop remitting), the functional control over the remittance remains in the hands of the beneficiaries.

Migration alters the gender relations and balance of power in families but has mixed results in terms of women’s empowerment. Many of the women in Alexandria reported a greater sense of autonomy and equality that they attribute to earning their own income, as well as no longer tolerating behaviour associated with machismo in their relationships or their husbands’ philandering. However, the women still faced discrimination in the labour market due to their sex and their foreign, often undocumented status.

Although these migrant women had an increased sense of empowerment due to wage-earning and remitting, there were also new forms of dependence resulting from their precarious legal position and economic vulnerability, leading to their disempowerment.

Most remittance recipients in Nacaome, almost always female, did not report great changes in their lives that could be interpreted as a process of empowerment. However, most do feel greater security because of the stable remittance income, which has improved their families’ living conditions, even though they have had to sacrifice in terms of their own relationships, longer work days in cases where they have taken on the migrant’s productive activities, and conflicts with their in-laws.
‘Remittance for development’ initiatives ignore the reasons for migration in the first place and the needs of the migrants and their families. They also perpetuate old paradigms of development practice by instrumentalizing migrants and their families, rather than empowering them. Migration cannot be counted on as a sustainable means of development, given its dependence on women’s unpaid labour, increasingly restrictive migration policies, and need for continued migration and remittances.

Three months of field research among 20 transnational families in Alexandra, VA (USA) and Nacaome, Valle (Honduras). Also, 20 in-depth, semi-structured interviews, 2 focus groups and 2 months of full-time ethnographic observations carried out in Alexandria (USA). Interviewees were half men and half women. In Nacaome (Honduras) 1 focus group and 20 in-depth semi-structured interviews were carried out with the family members identified as the primary remittance recipient by the migrants in Alexandria. All but one of the interviewees were women.

This is a case study based on a relatively small sample size, and should be read alongside other research.

Warning: array_column() expects parameter 1 to be array, null given in /home/customer/www/acume.org/public_html/wp-content/plugins/meta-box-aio/vendor/meta-box/mb-elementor-integrator/src/GroupField.php on line 271

Warning: array_combine() expects parameter 2 to be array, null given in /home/customer/www/acume.org/public_html/wp-content/plugins/meta-box-aio/vendor/meta-box/mb-elementor-integrator/src/GroupField.php on line 271

Want to learn more about how to incorporate gender-responsiveness into migration policy and programming? Visit the Gender+Migration Hub
Find Full Paper