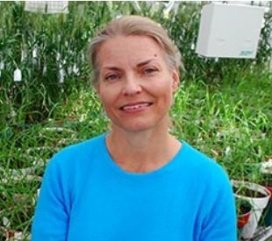 About Academic
Lone Badstue is a rural development sociologist specializing in local people’s perspectives in relation to agricultural development and natural resources .
Dane
About Research
Year of research: 2020
Sociology
Mixed Methods
Published in: The Journal of Development Studies

Despite cultural and economic limitations, gender is continually being re-enacted and reproduced in Tanzania, and spaces are emerging for women and men to renegotiate gender.

Even though Tanzanian law is among the most progressive in Africa, the implementation of these laws has not always been effective. Progressive policies can translate rapidly into women’s economic and other forms of empowerment, but this has not always happened in reality.

During our fieldwork, we collected the perspectives of 144 women and 144 men in four rural communities in different regions of Tanzania in order to understand how they perceive gender equality, how these perceptions relate to women’s decision-making and incomes, women as homemakers, and women’s control over assets.

Situating this analysis in Tanzania’s historical context, this study provides an overview of women’s struggles to secure rights from colonial times until the present day. Although local discourse appears to be in favour of gender equality, practice remains quite different.
Women are often sanctioned with physical violence in order to adhere to gender norms. In this paper we show how men and women continuously perform, reproduce, and renegotiate gender as part of everyday life as they seek to secure their personal well-being in a context of limited cultural and economic options.

This research is relevant to gender development work in rural Tanzania and beyond This research can strengthen future projects’ awareness of the differences between discourse and practice, and hence, their potential for positive impact.

In each community, research teams conducted fifteen research activities, all but one disaggregated by gender. These included six focus group discussions (FGDs) with women and men in low- and middle-income categories (aged 25 to 50), and with young women and men (aged 14 to 24). Also, four semi-structured life-story interviews (two with women and two with men), and four semi- structured individual interviews with recognized women and men agricultural innovators, as well as a community profile (with both genders) were conducted. Study participants reflected on a wide variety of issues, including gender norms and household and agricultural roles; gender norms surrounding household bargaining over livelihoods and assets; labor market trends and gender dimensions; women’s physical mobility and gender norms shaping access to economic opportunities and household bargaining (see Petesch et al., 2018 for further discussion of the methodology1). In total, the article draws on the perspectives of 144 women and 144 men living in four rural communities.

The study is based on purposive maximum diversity sampling. In statistical terms, therefore, the findings cannot be generalised.

In our methodology, ethnic community and religious affiliation were noted but did not in themselves form selection criteria and thus comparative analysis on these data points was not possible.

About Research
Year of research: 2020
Sociology
Mixed Methods
Published in: The Journal of Development Studies