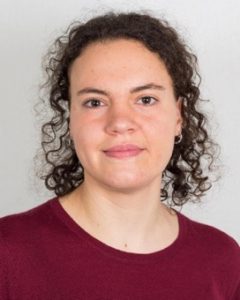 Nora Storz is a PhD candidate at the European Research Center on Migration and Ethnic Relations (ERCOMER) and the Interuniversity Center for Social Science Theory and Methodology (ICS).

research at a glance

In conflict regions such as Kosovo, Cyprus and Israel, ethnic group members who feel more strongly that the disputed territory belongs to their own group are less willing to reconcile the with the rival outgroup.

In some situations different ethnic groups claim the same territory, for instance Serbs and Albanians in Kosovo, or Jews and Arabs in Israel. These are examples of ‘territorial conflicts’ and one challenge in such conflicts is finding a way for the groups to reconcile. We researched whether people who identify strongly with their group are more likely to claim that their group owns the disputed territory, and whether these ownership beliefs explain why some group members are less open to reconciliation with the other group. It is important to understand these relationships to find ways to foster reconciliation.

We found among Serbs from Serbia, Serbs from Kosovo, Greek Cypriots and Israeli Jews that people who identified more strongly with their group also had a stronger sense of territorial ownership, and this sense of ownership was related to a lower willingness to reconcile.

Our findings can help understand why people in conflict regions find it difficult to reconcile with the rival group. When they believe that a territory belongs to their group, this can stand in the way of reconciliation. Our findings further show that a commitment to one’s ethnic group (e.g. feeling Serbian) is related to stronger feelings of territorial ownership, which prevents people from reconciling.

This research can be applied to territorial conflict regions where two or more groups feel that they (rightfully) own the country rather than their conflicting outgroup(s).

It could be an approach to tackle the problem by e.g. NGOs or other reconciliation initiatives which aim at creating e.g. a more inclusive group identification, which should then relate to more inclusive understandings of ownership and to more willingness to reconcile.

Collective psychological ownership: a sense that an object, place or idea belongs to a specific group of people, with which comes a right to decide upon the owned target.

We also cannot infer causality due to the research methods we used. We have theoretical reasons to expect that a sense of ownership influences reconciliation attitudes, it might however also be that ownership arguments are being used to justify one’s resistance to reconciliation.

We have only considered one party in each conflict context, rather than members of both conflicting groups. Since e.g. power relations might be asymmetrical – and this may be relevant – it is important to consider both groups in future research.