Adapting to Climate Change Through Conservation Agriculture: A Gendered Analysis of Eastern Zambia 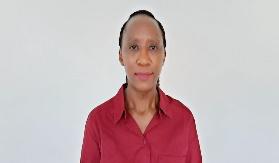 Climate variability has increased, and this affects men and women smallholder farmers differently due to their gender roles and access to resources.

This research shows the gendered outcomes of climate variability in agricultural communities. A lot of agricultural technologies and information is given to farmers as if they experience climate change in the same way and it affects them in the same way. However, climate variability and climate change outcomes are different based on gender, and this is an important finding.

From the farmers’ experiences of climate variability, the change in climate that they have noticed is that the rainy season starts later and then ends earlier than before. Instead of starting in October, it starts in December, and instead of stopping in May, it ends in March. There is a much shorter rainy season. Farmers are dependent on rain to decide when to plant their crops, and so the droughts are problematic as they result in them having to replant their crops. Women and men farmers experience this same increase in climate variability, however they are affected differently.

The outcomes of this climate variability for men and women are different because of their gender roles and their access to resources. For example, men are considered as heads of the households, and so are the ones who are supposed to have income and control of the money. Hence, men tend to grow cash crops, hire themselves out as labour, and do the selling. Whereas the women tend to focus on food crops. As a result of growing different crops, when there are problems with the rain, the men and women are affected differently. The men also usually have more resources than women, meaning they are more resilient to extreme climate events.

It is important that there is gender responsive research. When asking the women about the problems the men were having, the problems they listed would be very different to the problems the men stated they were actually having. The same was true when asking men about the problems women were having – eg. the women would talk about how the main problem for the men is the death of their cattle and goats. However, the men would instead be talking about how they must move further from home to find water for the livestock. It is important to identify these nuances, and pay attention to both the men and women, and also look at the small differences because they do matter.

Data was collected from 33 focus group discussions and household surveys from 761 households in 11 chiefdoms namely Chikomeni, Chikube, Jumbe, Kalindawalo, Kapatamoyo, Mban’gombe, Mpamba, Mpezeni, Mumbi, Ndake and Nsefu. The focus group discussants were initially separated into single gender groups, men and women. The groups were combined in a plenary session and asked to present summaries of their group deliberations. Two stage probability sampling was done to select survey respondents. The recordings of the focus group discussions were transcribed into English. They were then analysed using thematic analysis method with the aid of the qualitative analysis software QDA Miner 4.0 (Provalis Research, 2011). The quantitative data was analysed using MINITAB 18 (MINITAB, 2017) to test for differences in household sizes and age between male and female-headed households using Two-Independent sample T-Test; to test for differences in household size among the six study districts, livestock and implement ownership using ANOVA; differences in proportions between male and female respondents using two-sample Z-proportions test. All the analyses were conducted at 5% level of significance.

As with all research and data collection in these agricultural areas, the data is not always entirely accurate or reliable because the farmers and communities give the answers they know will result in them receiving the material benefits and incentives that come with participation in these development programs. They often downplay their financial position and also exaggerate the benefits the program is having so that the projects continue and they continue to receive access to technologies, imports and training.